skip to main | skip to sidebar

Let's Do The Time Warp Again! 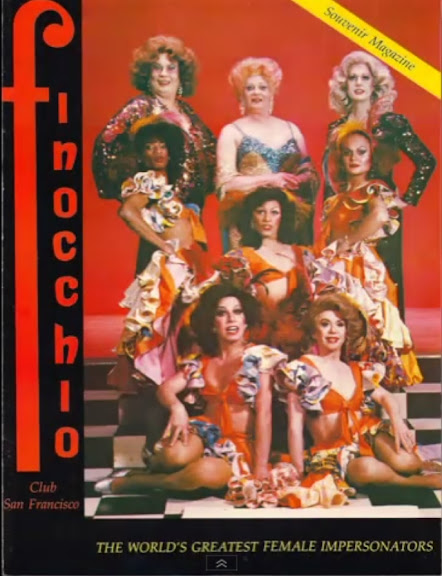 If there's one thing more futile than being a guy who wished he looked like his idea of the ideal woman, it might be the pursuance of time travel. Theoretically it seems possible, and it has been the basis of quite a few good sci-fi pictures, but apart from top secret hush-hush government labs, time travel will probably remain an unattainable possibility for the general public during my lifetime.
That's a crying shame as I don't consider my choice for a time travel trip to be that difficult. Oh sure, I might be interested in traveling back to ancient Egypt to get Cleopatra's beauty secrets, but my interests lay closer to home. I'd actually like to travel back to the first half of the 20th century right here in the good old U.S. of A. I find the years 1900 to 1960 fascinating -- the people, the lifestyles, the customs of the day, etc. There are many aspects of those years that I miss in this present day and age.
I'm not much of a nightclub kind of gal [stay with me, this is not a change of topic]. It's just not my thing, like the way some folks just don't like broccoli. Over the years, while visiting some major cities, I've gone to drag shows at various venues. Drag is not really my thing either, but I've seen some outstanding female impersonations that blew my mind. The drag queens and female impersonators often dress up like famous female celebrities and lip-synch to pre-recorded music. The dancing and artistry requires true talent. I personally don't find lip-synching to be a bonafide talent, but that's just my humble opinion. Maybe that's why I have been indifferent to such shows.
While surfing the web this afternoon, I came across several videos recorded at Finnochio's nightclub in San Francisco back in 1980. I had heard of Finnochio's and seen still photos of the performers, but had never seen any of them in action. Finnochio's featured a female impersonator revue, and the show really blew my mind. The "gals" looked glamorous, there was an interesting variety of acts, and the whole show was performed live -- the impersonators did their own singing with a live band accompanying them. Now that took a whale of a lot of talent!
Unfortunately, the Finnochio's era was slightly before my time. I believe the place closed in 1993, but I was no where near San Francisco back then, and the only information I had was from a few magazines that the general public didn't read. The internet that we know and love today didn't exist back then.
Go to the YouTube web page and search for "Finnochios". The videos I am referencing are from 1980 and there are 8 or 9 parts, each 10 to 15 minutes in length. I found them very entertaining with a style of glamour that is not available here in 2012. The comments from some of the performers are priceless.
After building that time machine I'll need to buy a fancy dress from Hudson's Department Store, meet my friends for dinner, then pile into my little Nash-Rambler and head for Finnochio's. Sounds like a fun evening.
Kelli
Posted by Unknown at 10:09 PM